Get fresh music recommendations delivered to your inbox every Friday.
We've updated our Terms of Use. You can review the changes here.

by Jen Schaffer and The Shiners 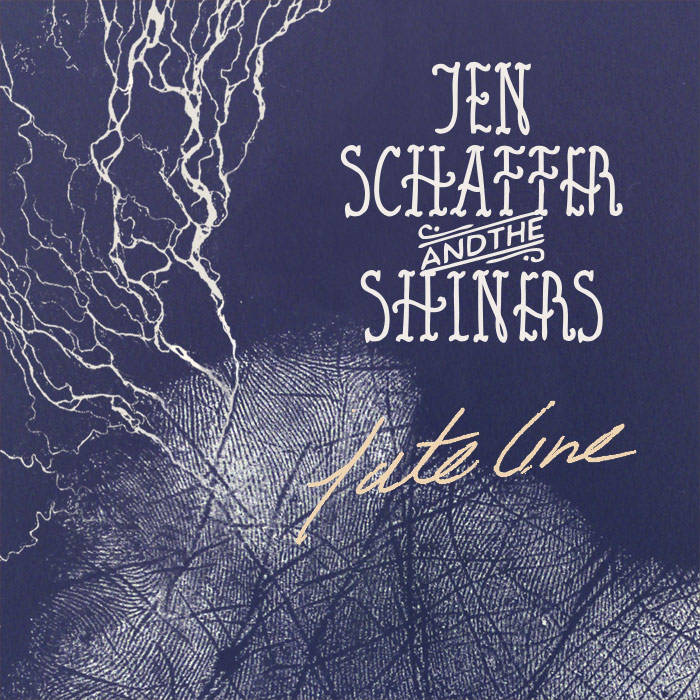 Since the release of our 4-song debut EP, "Angel Ridge" in 2009, the music and band, Jen Schaffer and the Shiners, has evolved. We've honed both our ensemble playing and original material to the point that a full-length album was ripe for the making. Amongst the 30 some songs I've written over this time, we have selected 12 to record for this "Fate Line" project.

We all went into the studio in August of 2013 to start recording these songs at the wonderful and award-winning studio of Jeremy Darby, The Canterbury Music Company. Simon Law, Shiner, Soul II Soul original member, Grammy-award winning songwriter and producer, is producing our album. The album will to be released or emerge in November 2014.

Produced by Simon Law
Recorded by Jeremy Darby at Canterbury Music Company, Toronto, ON and Simon Law at Wolfrey Studios, Toronto, ON
Mixed by Jeremy Darby and Simon Law at Canterbury Music Company, Toronto, ON
Mastered by Noah Mintz at Lacquer Channel
Jen Schaffer and the Shiners logo designed by Caroline Chan at All The Year Round
Art Direction & Design by Lauren Schaffer and Caroline Chan
Band photography by Lauren Schaffer
All songs by Jennifer Schaffer (SOCAN)
“Making the Fruit Fall” co-written by Simon Law (SonyAtv/PRS)

Jen Schaffer is a Montreal-born, former Ohio and now Toronto resident singer-songwriter. Jen has honed her own brand of original soulful acoustic roots music with the help of her dedicated band and collaborators, The Shiners - Simon Law (a.k.a. The Funky Ginger), Astrid Foster, John T, and Jonathan Marks. ... more

Bandcamp Daily  your guide to the world of Bandcamp